Skip to content
I was finally in my seat in the balcony at Carnegie Hall, my knees digging into the balcony’s edge. I found security in my agon-knee knowing that there was an unyielding barrier separating me from a theatrical demise, so I did not try to adjust my seat. I had no idea if I even could adjust my seat. It didn’t matter.
My shin was the least of my sufferings. You’ll remember that I had a terrible cold, preventing me from breathing and a bladder that had reached capacity. When you combine restricted airways, a distended bladder and belly laughs, you get what I discovered was my living hell. All I wanted to do was laugh at the wry stories and clever lines and David Sedaris’s inherently hilarious tone, but every laugh was like a punishment.
A note about tone. It is my observation that certain accents and tones are just plain funny in the way that some accents and tones are scary or sexy. The voice of a Southern, gay man lilting in a higher register is just plain funnier than the voice of your average news anchor, Brian Williams being an exception to the rule. Likewise, a woman from the former Soviet Union whose voice hovers at a lower octave delivers purposeful, slow words in a dry tone making almost everything she says funny, whether she means it to be or not. Think about it. David Sedaris opened his mouth, and he was funny. He told hilarious stories with his funny tone, and he was genius. 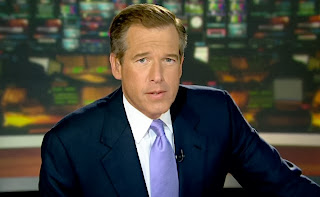 David’s tone and his twisted view of the world delighted all of Carnegie Hall, dispensing his stories like a pastry chef slowly but confidently squeezing out sweet icing from a pastry bag, the audience experiencing a comedic sugar high from the material oozing out of his decorating tip…. 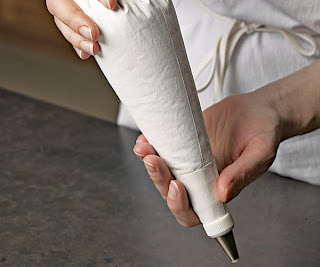 I couldn’t help but laugh out loud, but every time I did, I set off a series of coughs and hacks that contracted my stomach muscles and pushed against my brimming bladder which forced me to execute the most intense Kegel clenches I could possibly perform. I was tickled and tortured for the entirety of the show.
It was just like that one time, living in Chicago, when Gabriella and I went to see Rent. A few days prior, I had scratched my cornea in some mysterious way and had to administer three different kinds of drops into my eye throughout the day. Opening my eyes was excruciating, and light was my enemy, my Achilles’ heel–but in my eye. I sat with a Playbill program in front of one eye and tried to keep the other eye open against my eye’s will. All I remember about Rent was something about candles, AIDS and searing eye pain whenever I looked directly into the lit stage.
I refused to walk away from David Sedaris as I had from Rent, without a single memory of the show. I held on to each line, replaying it over and over in my mind so that I would remember – so that I would have something to recall besides my misery. Try as I might, however, my clouded head and bodily distractions prevented me from retaining shit. I went to Carnegie Hall, and all I got from David Sedaris was a bruise on my shin and three blog posts about not much.
At the end of the show, David Sedaris announced that he would be signing books. All I could think about was the glory of relieving myself. All Gabriella could think about was catching the earliest train home so that we didn’t have to wait an hour at Penn Station.
There would be more running but only after I visited the ladies’ room. We made the earlier train. That much, I remember.