We are on a quest to discover what makes our quirky little Asher tick. Our small man had a tough year in kindergarten, and we’re determined to do whatever we can to help make first grade a happier experience. One bad year could impact his academic career for the rest of his life. Why, a disastrous year in kindergarten could easily set him on a lifelong path of failure. He may very well end up living in our basement making hook rugs for the entirety of his adult life if we don’t get him on the right track. A solid education will ensure that if he does live in our basement making hook rugs, he might also learn a useful skill on which to fall back like computer hacking. The Federal Reserve would hardly miss a few million.

I won’t be documenting our journey on the short bus in great detail because I feel like I’m crossing some random privacy line outlined in my make-believe blogging handbook. My sister, Rachel, thinks I’m a nutter for publishing as much as I do in the virtual universe, but I know that I do have boundaries…somewhere. Where did I put those boundaries? Well, while I’m looking for them, I might as well share the most recent recommendation Asher’s occupational therapist provided which I had to discuss with my sister immediately after leaving our session.

Deborah: I had to call you because you are the only one who will understand the HORROR.

D: Asher’s OT told me I should let him….chew gum!

D: Because he can’t stop biting his nails and cuticles and chewing on his cheek innerds, and he’s doing some damage. The OT says chewing gum will help him with any kind of anxiety he may be experiencing. What’s wrong with uprooting cuticles until you can see the nerve endings in your finger tips?

R: Well, it is proven to relieve stress. When Joshua had to take the MCAS (Massachusetts Comprehensive Assessment System), the teachers encouraged him to chew gum during his test.

D: Huh. I told the OT that I had to allow the idea to seep into my brain for a bit before I could accept it. I tried to explain to her that our mother deplored gum chewing because only the lower echelons of society engaged in such distasteful habits. We were never allowed to chew gum, and I’m forever scarred by her disdain of gum smacking and chomping. And she said, “Well your mother isn’t providing you with very helpful advice right now about anything, is she?”

D: Ok, our mother is a wack-job, it’s true. She also didn’t allow us to pierce our ears because she said that only Puerto Ricans and Ubangis did that. I concede that she has a twisted view of what is proper. I’m sure the Queen of England would concur. 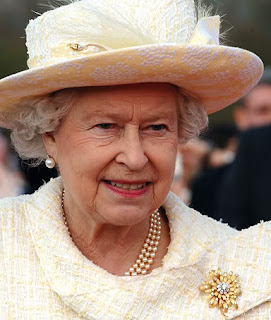 But I have to agree that it’s not the classiest of habits, and it could lead to all sorts of nasty behaviour. First the gum, then the pinch of tobacco tucked behind his lower lip, and then he’s a meth addict living in a derelict squat in Newark with some crack whore named Benita.

R: You should let him chew gum

D: That’s what the OT said. Well that doesn’t make chewing gum any less trashy. I didn’t actually tell her that. I can’t kid around with any of these practitioners. They have no sense of humour. I guess special children aren’t funny. You should hear the inappropriate conversations I have in my head at every session.

R: I can imagine.

D: We’ve become human pinballs bouncing from one referral to the next getting nowhere. I’m driving all over New Jersey, Asher has to take test after test, and now these knuckleheads want him to start chomping on gum?!?