I am a die-hard night owl and never more so than after having kids. My time is my own after the little darlings are in bed and fast asleep. The later it gets, the less likely it is that I will be disturbed by phone calls or emails, and I find guilty pleasure on Hulu and television especially if the programming is PG-13. RuPaul’s Drag Race? No shade, but if you’re not watching the realness, you’re not living.

Facebook is another guilty pleasure bordering on addiction. I pretend I’m connecting with friends and family when really all I’m doing is checking out the photos and links and comments that people choose to share. After absorbing status after status, I realize my Facebook friends and I are not actually connecting or socializing over media. The only connection I’m making is to the brands my Facebook friends are creating. 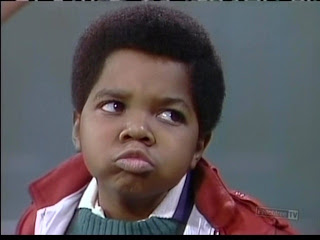 Consider the branders amongst your Facebook friends – you know the ones. These are the people who post every day, often multiple times per day reminding you whenever possible that they stand for a cause or that their lives are perfect all of the time. They are savvy marketers in that they never stray from their message. You’ll rarely see any posts that do not support the reality they want you to believe.

A few brands you may recognize:

The Perfect Parent
Mary Childs posts every craft that she and her 3 adorable children make together after a delicious meal they helped her prepare from their CSA produce delivery before they watch their one allotted program for the day on National Geographic. Occasionally, she posts an adorable, phonetically correct quotation from her preschool child. She uses a bit of creative license when mixing up the sentence structure a bit more just to make it sound especially cute. She will never share a status that reveals that she loses her temper or fantasizes about packing her bag and disappearing, and the only time she will post an unhappy photo of her children is when they are feeling ill because even slumped over on a sofa with fever, they just look so gosh dern sweet, and her friends will have no choice but to post comments of well-wishes and [[hugs]] because she’s keeping score.

The Cause Pusher
Howard Sardham has given up meat and all animal products so he is now your vegan guide. His post portfolio includes photos of sweet lambs hobbling on all fours destined for slaughter or shock photos of animal cruelty that only convince carnivores that ignorance is bliss. When he is not posting photos of small animals, he shares with us the links to articles about the horrendous living conditions animals suffer on industrial farms or what the consumption of animal products is doing to our planet and our digestive systems. Often, he posts a photo of his vegan dinner, which is always an unidentifiable, unformed mound of food along with a recipe for anyone who’d like to eat “the most satisfying, flavorful dish” they’ve ever had. He will never tell you that the night before last he had a dream that he ate a bloody burger smothered with onions and melted provolone and woke up in a pillow full of drool and a smile on his face. He will also not post that he and his wife saw a great movie the other day unless it’s a movie about animals. He loved War Horse. 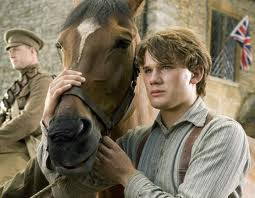 The Silhouette
Even the aloof friend creates a brand out of nothing. On Facebook, Liv Melone has 32 friends and refuses to upload a profile photo of herself to replace the generic silhouette of a head. She wants you to know that she has better things to do than waste her time on Facebook with people she would hardly call her friends. She only joined because her sister insisted, and now she dares not take the time to figure out how to delete her account. Her indifference speaks volumes. You might be able to connect with Liv on LinkedIn because that is a professional networking site for no-nonsense people such as herself.

Perspective is a difficult thing to maintain when you spend too much time on Facebook. If all you know about your Facebook friends is what they post on Facebook, you probably don’t know them very well. Just because Mary Childs posts that her 3 year old is now able to read Good Night Moon…in English and Greek and your 6 year old picked his nose all afternoon and finally pulled out the longest booger you’ve ever seen, that doesn’t mean that her child is a genius and your child is-snot.

I’m guilty and proud of branding, too. Take the Peaches & Coconuts Facebook page. I post links and comments about LGBTQ issues because they are of personal importance to me much as children or animals or the weather is to other Facebook branders and because the blog attracts Ls, Gs, Bs, Ts and Qs and their allies. I post comments that support whatever it is I think I’m doing on this blog.

I’m not begrudging branders the opportunity to stand for something or put their best foot forward. I support your brand. I’m speaking to those of us who rely on Facebook as a form of connection. Stop it! Don’t believe the hype. Your friends are not their Facebook Timelines. If you think they are the perfect parent or the political poster child for (insert political cause here) or if you suspect that one of your Facebook friends is smiling all day long, get offline, pick up the phone and reconnect…for reals. And if someone’s posts are driving you crazy because they pat themselves on the back too often or post incessantly, hide their posts. They won’t notice you did because they’ve got hundreds more friends who will Like and [[hug]] and give them the virtual stroking they crave. Take a Facebook friend to lunch and remind yourself what Friendship-realness is.