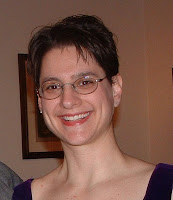 I called my sister the other day to tell her there was another installment of P&C (that’s Peaches and Coconuts in cool, blog speak). She was kind enough to read it while I was on the phone. Silence. Not a single chuckle or a “uh-huh” or anything. When she was finished reading, she said, “I don’t get it.” “What don’t you get? You don’t get what I wrote or why I wrote it?” “I don’t get why you wrote it. Why do you blog?” I wasn’t really prepared to answer her right then and there. I was kind of expecting her to say, “That was cute. I’m really entertained by your blogs. What WILL you write about next?” I wasn’t anticipating, “What a waste of my time and yours. Why bother?”

Luckily, it was my sister who was asking. From anyone else, I think I might have been hurt. As a matter of fact, I know it would have been. When we first came back to the U.S., a number of friends asked me when I was going to bring Diverted back. That was the first blog I wrote whilst we were living abroad. I figured writing about our move back here would help me adjust better to life in the suburbs with a mini-van, so Rediverted was born. Upon meeting a new friend, I admitted that I had a blog. The next time we saw each other, I asked her if she had a chance to read it. She said, “Yes.” That was it. She gracefully changed the subject entirely. I stopped writing for months. As much as I purport to write for the joy of writing, I actually get off on praise. What I have learned the hard way is that unsolicited praise rocks and prompting for praise and receiving blank stares sucks. Well, thank you for stating the obvious! Look, I never said I was the sharpest tack.

When we moved to the UK, Diverted allowed me to keep in touch with a lot of people without obliging anyone to invest any time. Correspondence can be such a chore. I could share stories about our expatriation with our nearest and dearest with one click of the mouse. I was blogging before blogging was cool. Now, everyone and his pet have a blog. But blogging is now more than just a tool to keep friends in the loop. There are political blogs and God-loving blogs and blogs about parenthood and ballroom dancing blogs. People are not just writing for friends and family, they’re self-publishing for strangers, interest groups and the masses. And in some cases they’re making money from it. Is that my path? Would people who don’t know me really appreciate what I have to say and how I have to say it? Do I need to commit to blogging on a regular basis? Does every blog need to read like a Carrie Bradshaw column by asking lots of questions like this one?

I dated an actress once (and never again). Among the many irritating things about her was that every time we got in an argument about something, she would stop conversation mid-way and comment on what good material I was providing her for her craft. It got to the point where I felt like she was scripting our entire relationship as it was happening. It might not have been so bad if she had actually been talented. Ouch, Deborah! She should just be grateful I’m not naming names.

I don’t want this blog to consume my life. I don’t want to be taking mental notes during every conversation I have in order to collect enough material for this blog. But maybe this blog does have legs. Maybe something could come of it someday. If not, I’m having fun writing it. And every time I get unsolicited praise or a comment on the blog and every time someone tells me that the blog was worthy of passing along to friends, I am fuelled to keep on doing what I love….not that I’m fishing, of course. It’s all about the joy of writing.

4 thoughts on “Why bother?”