Asher decided not to go with Mommy (Gabriella) and Levi to the grocery store because he wanted to “keep Mom (me) company.” I cannot remember the last time Mommy offered to take both boys out anywhere and leave me to a peaceful house. Why, just the other week I asked her if she would take them out to get haircuts and she countered with, “Why don’t we all go?” Yeah, that’s not what I had in mind.

When one parent works and one parent stays at home all day, each parent has very different ideas about how to spend weekends. Gabriella prefers that we all hang out together. She wants to spend time with the family she doesn’t get to see during the week whether we’re hanging out at home or going into the city for some culture or taking the boys to get their hair cut.

I, on the other hand, want everyone to leave my house for an entire day so that I can be all by myself. You might think that I’d want to get far away from the house where I spend all of my mom-time, but actually by the end of the week, I’m tired of schlepping. I drive here, there and everywhere. Over the past few months, I drive in the freezing rain, on top of icy roads and weave in between parked cars on 2 lane streets that are now 1 lane due to all the snow. I don’t want to go anywhere. I want everyone else to get out!

I want to turn on music loud enough to drown out the sounds of the steam banging its way up through the pipes of our dilapidated house. I want to sing along to nostalgic songs and not worry about getting all the words right. I want to light a fire in the fireplace and pour myself a glass of wine and breathe without interruption. I want to ignore the telephone and the piles of bills on my desk inviting me to drain our bank account of cash. I want to know that I could engage in inappropriate behavior without fear of getting caught like picking my nose or passing wind….if I did those sort of things which I am not saying that I do . I just that I would want to know that I could.

Gabriella did end up taking the boys for haircuts on her own but it wasn’t without my having a little hissy fit about why she can’t just take them out herself. It’s not as if she can’t handle them on her own. It’s not as if she thinks I’m a worthless lay-about who will abuse her free hour by eating cakes and avoiding housework. Well, she might think that, but she would never say it out loud. Mostly, she just can’t understand why I wouldn’t want to have family-time on the weekends.

Before Gabriella and Levi left for the store, Gabriella said to Asher, “You can keep Mom company, but she’s going to be writing, so you have to leave her alone.” Asher believed he could do that. He was deluded. Asher is incapable of entertaining himself. I should have anticipated that this would not be quiet time for Mom.

His presence makes me feel guilty that I’m not doing something with him like reading or playing a game or … He’s practicing the piano, and I want to scream. But he’s practicing…without anyone telling him to practice. I have to put on headphones and listen to music, but I’d rather hear the keys under my fingers. The music distracts me even though it drowns out Asher’s piano playing.

Truth be told, I’m supposed to be writing for a writing workshop that I’m currently taking. Gabriella instructed Asher to entertain himself so that I could write my workshop piece. More guilt as I compose this blog post, instead. But I love you all so much that I can’t deny you a bit of blog. You’re welcome. 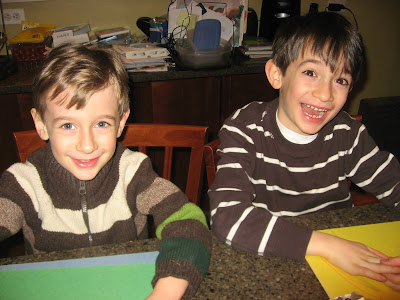 10 thoughts on “At what age do they NOT want to spend time with Mom?”