Skip to content
Every other year, we spend Thanksgiving in Boston with family. We drive for 3 ½ to 4 hours, which has to date been a civilized amount of time.  This year, we suffered a few wrong turns in an effort to avoid certain traffic traps and added another hour to our time.  Aside from these infuriating self-imposed detours, the journey was uneventful.  The boys played on iPads and watched a couple of movies. Gabriella and I chatted here and there but mostly we shared delicious silence.  There is nothing like a quiet road trip to clear the mind and make space for deep thoughts.
I thought about gratitude because we were about to celebrate Thanksgiving, and it seemed a timely meditation.  I thought about maps and how dependent I’ve become on satellite systems and how I may be on the right path, but I have no idea where I am.  Deep, right?  Then, I turned my thoughts outward to the beautiful, autumnal leaves and the tragedy of the occasional animal that didn’t make it across the road and also about a subject I first brought to readers’ attention on the Peaches & Coconuts Facebook Page, Mooning.
Throughout our trip, we passed car after car without once registering the passengers in the cars next to us.  There are millions of drivers on the road each day, yet we rarely acknowledge them even though they are less than 4 feet away from us.  We don’t smile or nod or give the old thumbs-up.  We just drive on by as if they are not even there.  It left me feeling a bit cold, to be honest.  I felt like smiling at the next driver we passed.  Or maybe I could throw in a wave for added friendliness.  Or I could lighten everyone’s day, drop trou and give a good moon right out my window.  And then I thought to myself, “Does anyone even do that anymore?  Where have all the mooners gone?”
Is mooning strictly Y1K?  Or perhaps, we don’t travel the roads most mooned. Has social media with its on-demand communication replaced our desire to connect face to face…or ass to face?  In our world of heightened political-correctitude, is mooning considered so offensive that it’s just not done? Has mooning reached its END?  Is it just pASSé?
I’m not sure I understand why bearing one’s bottom is offensive.  After a deep, probing study of ass … I learned that flashing one’s backside has been considered a grotesque insult since the Middle Ages, yet in the U.S. of A. where just about everything is illegal, mooning is not considered indecent exposure.
From Wikipedia:

In 2006, a Maryland state circuit court determined that mooning is a form of artistic expression protected by the United States constitutional right of freedom of speech. The court ruled that indecent exposure only relates to exposure of the genitals, adding that even though mooning was a “disgusting” and “demeaning” act to engage in, and had in addition taken place in the presence of a minor, “If exposure of half of the buttocks constituted indecent exposure, any woman wearing a thong at the beach at Ocean City would be guilty.”

Disgusting and demeaning?  Isn’t the mooner in the more vulnerable position than the moonee? The moonee remains fully clothed while the mooner exposes what is considered in most circles a private part – though everyone’s got one. Isn’t the act of exposing your ass demeaning mostly for the one exposing ass?
Some asses are covered in coarse, matted hair and acne and some are flat and saggy and mostly, for obvious reasons, quite pale. Perhaps we should applaud the mooner for having the courage to show booty especially when that junk in the trunk is more junk than trunk. And if the buns happen to be round and perky and emit jiggly waves of happiness, then the moonee is again the lucky one for having witnessed its gluteal glory.
When it comes to mooning, I’m of the mind that we should really…turn the other cheek…and see it for what it is – a vulnerable and intimate sharing for which we should be flattered.  I welcome your tush in my face, and I hope you welcome mine in yours.
I’ll be looking out for you on I-84 this Sunday. Bottoms up! 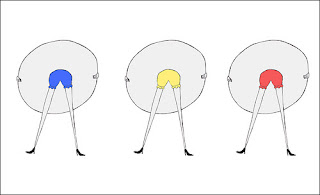