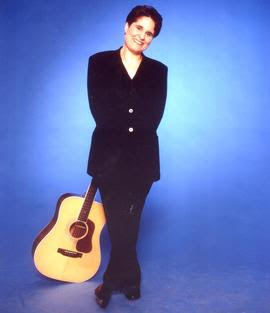 Debbie Friedman died yesterday, January 9th. If you are not Jewish or a musician, you might not know that Debbie Friedman was a composer and musician whose influence on Jewish music was profound. She infused the sounds of 60s and 70s folk music into prayers and songs making Jewish music contemporary and accessible to North American Jews of all ages. She made over 20 albums and sang at Carnegie Hall as well as countless other synagogues, churches and concert venues.

It was my sister Rachel who emailed me the news. If you didn’t know already, Rachel is always the first person to alert me to deaths of all famous people be they actors, sports figures, politicians or musicians. The subject line yesterday read, “HUGE death”. Debbie was strictly A-list.

I knew who Debbie Friedman was but I had never seen her in concert, and until today, I couldn’t name 5 of her songs. So, I went surfing on the web. “That one is hers?” “She wrote that song?” “I had no idea that was a Debbie Friedman song!” I must have listened to an hour’s worth of Debbie Friedman songs by the time I called it quits.

As I’m scrolling through videos taking in her androgynous style, if you can call it style, I thought to myself, “Hmmm. Folk singer, lesbian or both?” Sometimes, it’s difficult to make these kinds of important distinctions. And I went web searching once more. It took me ages to find a couple of obscure references to the fact that Debbie Friedman was a lesbian. Yet, in the growing list of articles announcing her death last night, not a single one made mention of the fact that Debbie Friedman was gay or that she might have been survived by a partner.

The director of our Jewish preschool called while I was writing this blog. She wanted to know if I could sub for a teacher in the morning, but before she could even say, “Hello,” I asked, “Did you know Debbie Friedman was a lesbian?” She did. “Ok, well don’t take this the wrong way, but I’m going to assume that if YOU knew she was a lesbian, most everyone else probably did, too.” She agreed that was a fair assumption.

Deborah: Did EVERYONE know Debbie Friedman was a lesbian?

R: No. Do we actually know this for a fact?

D: Seems to be common knowledge. I mean, if our preschool director knew, it’s likely lots of people knew. Word on the street is that she initially wanted to be a cantor, but congregations refused to hire an out, lesbian cantor, so she took it on the road. But why is it that not a single article mentions that she’s gay or that she was shafted by her own people because of it?

R: But why should it matter?

D: It shouldn’t, but it does. If being gay were not an issue in any synagogue, it wouldn’t matter. But until then, we have to hold up our upstanding, gay Jews and say, ‘Hey! This one’s a winner! Her love of Judaism was infectious, and her music enabled so many of us to connect to our religion, find a deeper meaning in our prayers and have fun singing Jewish songs. And she was a lesbian. And it shouldn’t matter.’ But no one is saying it. Why?

R: Sounds like you’ve got the scoop. Get writing.

D: Are you trying to get rid of me?

R: There’s a chance I might get lucky tonight. Hey! Are you writing this down? Stop it!

D: It’s been so long since I’ve been able to suck a blog out of you.

R: Well, maybe you should have posted that story I told you about the slit log.

D: Yeah. I did write that one up. It’s on my PC somewhere, and ever since I switched to Mac… What was the story? Evan wanted to play the slit log?

R: He wanted to stop taking piano lessons, but we said he had to take an instrument. He decided he would play the slit log, instead.

D: Well, maybe I can work that story into this post. I bet Debbie Friedman played the slit log….if you know what I mean.

D: Maybe I’ll bring a slit log to services this Shabbat in honor of Debbie Friedman. I’m leading the children’s services this week. We’ll sing some of her songs, and I’ll tap out the beat on the slit log, and I’ll say: ‘Debbie Friedman wrote that song, boys and girls, and she liked vagina. And now, she’s dead. Shabbat Shalom!’

R: Good luck with that. 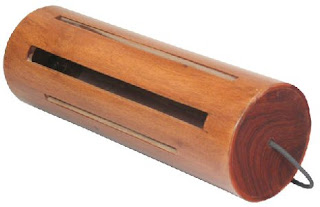